Before Love Has Gone 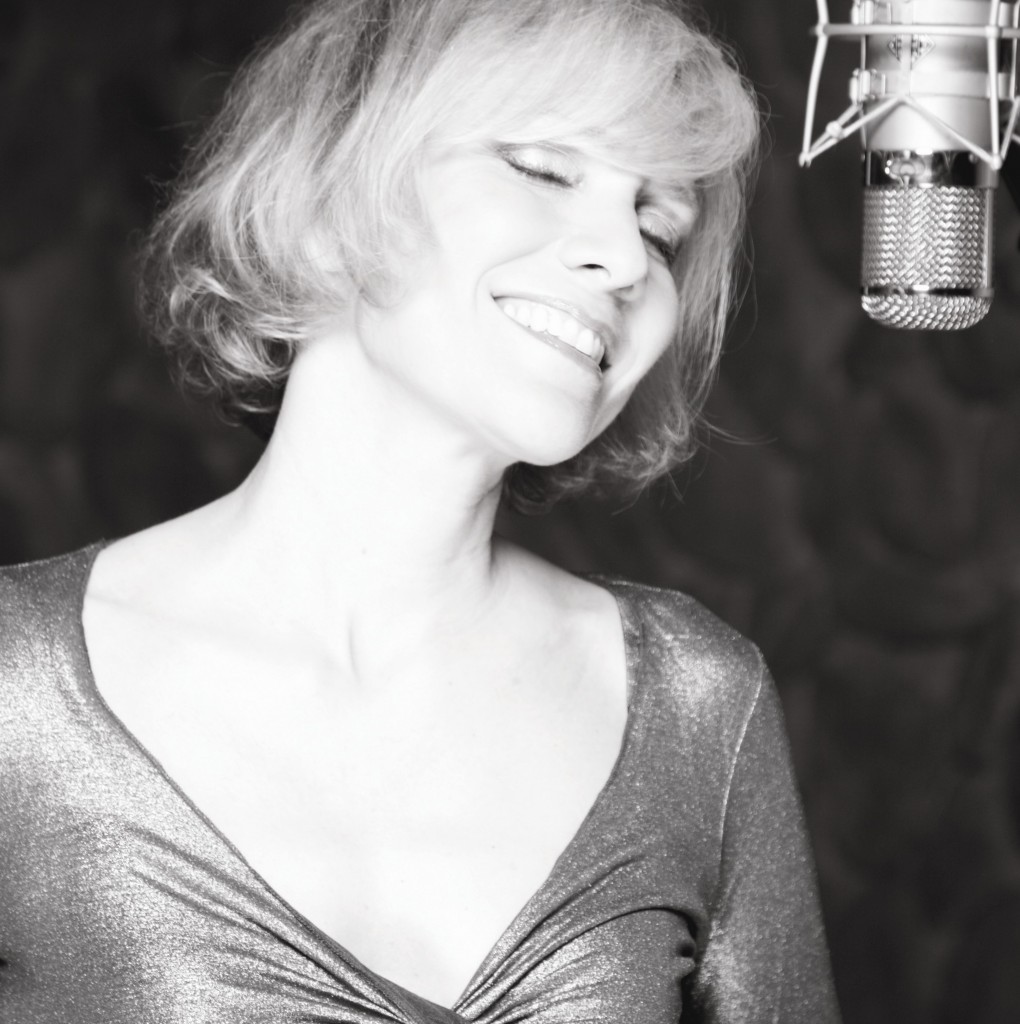 An intimate and swinging performance, Stevie’s CD Before Love Has Gone is a collection of rarely recorded classics and standards, as well as original songs, including the title track written by Stevie and her collaborator, award winning composer Gary William Friedman, who also did the arrangements. Grammy award winner Todd Barkan serves as co-producer, and esteemed author and jazz journalist Gary Giddins penned the liner notes for the CD (Read Liner Notes BELOW). Before Love Has Gone charted steadily on jazz radio, was featured as an iTunes Top Jazz CD, and made the Critic’s Pick as a top CD of the Year by USA TODAY. Pianist Martin Bejerano joins Stevie again on Before Love Has Gone, with Edward Perez on bass and Willie Jones III on drums.

“Carioca,” the first track on Before Love Has Gone, is as refreshing an album opener as I’ve heard since “Only You,” the lead number on More Than Words Can Say, Stevie Holland’s previous recording. In both instances, three things become instantly apparent: This woman can sing; she has given much thought to the often knotty problem of repertoire; and she is no less committed to the lyrics than the melodies. The last attribute may seem customary, but it isn’t: When have you heard “Carioca” done in a way that forces you to acknowledge, let alone respond pleasurably to, the less-than-Keatsian conceits of “a bit of wicked wacki wicki” or “its theme is a kiss and a sigh”? Stevie not only restores the song’s erotic glow (it was intended to incite the romance of dancing); she increases it by several hundred watts.

Stevie Holland has described herself as “an old soul,” which may explain how a singer who grew up in a post-Beatles world communes so effortlessly with a pre-Beatles disposition. Her timbre and phrasing suggest the knowing, practiced, adult style of those singers who came of age either performing with or listening to the swing bands and then established themselves as soloists in the 1950’s, as the music business split along parallel paths. Rock and roll, not yet taken seriously, was marketed solely to teenagers while the big band graduates – Ella, Frank, Sarah, Peggy, Rosemary, Nat, Anita, Mr. B., Abbey, Jo, and Joe, and many more – claimed their parents.

Yet Stevie is neither a throwback nor a conservator of the musty past. If her scrupulous intonation and relaxed sense of time suggest the high standards of vocalizing that were almost generic at mid-century, here shrewd selection of material and interpretive brio underscore a generational independence. Virtually every important jazz singer to emerge in the past two decades has had to find a way to expand the familiar repertoire of golden-age standards. Stevie covers the waterfront. The songs on her albums, including Almost Like Being in Love and Restless Willow, encompass music by Kern and Jobim, Leonard Bernstein and James Taylor, the Platters and Zoot Sims, as well as her own work in long-standing collaboration with her arranger, producer and husband, Gary William Friedman.

Of course, choosing songs, especially those that have been done countless times, is easier than performing them with the individuality that justifies recycling them in the first place. Stevie inhabits her songs: Se recognizes the story in each one, and relates it with confidence and insight, as though she’d lived it – as though she’d lived a life outside of music, as indeed she has. A lifelong New Yorker, born in the Bronx, raised in Westchester and schooled in drama at NYU, she then worked successfully in the fashion industry and as a vice-president of a major photographic archive before deciding, at 26, to embark full time on her musical career. After working in cabaret and theater, she committed herself to jazz; in the past five years, as word of her CDs spread, she began working in nightclubs and concert halls around the country.

The program here is at once characteristic and challenging and the spare arrangements, making diverse use of a quintet of superb musicians, give her plenty of breathing room. Stevie’s sure pitch and the resonant clarity of her voice are notably well served in the many passages where she is accompanied minimally or not at all – as in the first 16 measures of “Carioca,” where she is backed only by Edward Perez’s bass. She articulates every syllable with the equivalent of a vocal wink. The rest of the rhythm section comes in for the release and the second strain, which attempts to explain the “Carioca,” a Brazilian dance introduced by Fred Astaire and Ginger Rogers in Flying Down To Rio, in which partners touch their foreheads – “two heads are better than one.” Willie Jones III, one of the finest young drummers in jazz, is featured against a scrim of rhythmic piano chords.

The title song, “Before Love Has Gone,” the first of two Friedman-Holland originals, is a moody ballad with a nicely judged use of rests and supple rhythm section work, in addition to a tenor saxophone solo and coda by Ole Mathisen, which give the performance a dramatic Wayne Shorterish quality. The other new song, “The Music In Me That Plays,” with its appealing samba-like verse, accompanied only by Paul Bollenback’s guitar, demonstrates Stevie’s range. So do the particularly well-sung verse of Rodgers and Hart’s “Where Or When,” back by Martin Bejerano’s piano, and vocal embellishments in the last half-chorus – handled with assurance that masks the difficulties they present. The three selections that perhaps best exemplify Stevie’s ability to find underexposed songs have in common their origin in Broadway musicals that were unconditional flops. Of the three, only “Lazy Afternoon” has acquired a substantial jazz pedigree. It was initially sung by Kaye Ballard and Jonathan Lucas as a first-act closer in the 1954 show, The Golden Apple, an attempt to retell the Homeric epics in the setting of a Midwestern fair. Stevie’s performance emphasizes the song’s lazy mood even as she varies the eighth notes and triplets, slightly modifying the melody line – this is a stellar performance, not least the bridge, cannily supported by saxophone obbligato.

John Latouche, the lyricist for that one, also worked on Leonard Bernstein’s score for Candide, a musical adaptation of Voltaire that later became a cult favorite, though it died a sorry death in 1956. Stevie lays claim to the show’s closer, first introduced by the era’s ubiquitous ingénue soprano, Barbara Cook, “Make Our Garden Grow”- an unlikely choice for a jazz ballad, given its mellismatic phrases and operatic deliberation. Equally impressive is the resolute maturity in which she interprets “Here’s To Your Illusion,” from the 1951 Flahooley, which closed within a week despite a famously odd cast that included Cook (this was her number), Yma Sumac, and Professor Irwin Corey.

I’ve saved for last my favorite numbers – exceptional performances of two exceptional; songs. The melody of “Daybreak” has its beginnings in Ferde Grofe’s Mississippi Suite, in 1926. In 1942, in need of a song for the movie Thousands Cheer, Grofe adapted a section of the suite called “Mardi Gras,” to which Harold Adamson added a lyric, creating one of the great wartime standards, introduced by Kathryn Grayson and famously recorded by Sinatra. Stevie’s version is buoyed by stop-time chords, effortless swing, and a radiant wit. Note that the guitar solo begins with a sly reference to “On The Trail,” from Grofe’s Grand Canyon Suite. Irving Berlin’s “How Deep Is The Ocean,” debuted by Bing Crosby in 1932, has been recorded by everyone from Benny Goodman to the Isley Brothers, but Stevie’s version is a contender. She returns it to its origin as a deeply felt chamber ballad, one of Berlin’s most personal and eloquent meditations. Except for the line “I’ll tell you no lie,” the ingenious lyric consists exclusively of questions. Accompanied only by piano, Stevie Holland answers them in a self-possessed tour de force.

Gary Giddins is the author, most recently, of
Natural Selection: Gary Giddins on Comedy, Film, Music and Books.